Why use us to send Gifts to Khanna

No. of gifts delivered in Khanna - 742
Delivery Options for Khanna 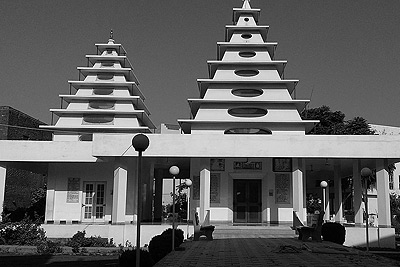 Khanna is a Punjabi word, which means one quarter (1/4 or 0.25). The city was named thus because it used to be very small, just a quarter of what a normal city should be.

Khanna is an ancient town which came into existence 500 years back. History reveals that Sher Shah Suri built a number of sarais (inns) at every 12 to 15 miles along the Delhi-Lahore road. One of the sarais was built in this area which is still known as the Purani Sarai. After the decline of Mughal rule in the Punjab, Banda Bahadur captured the area from Sirhind to Hoshiarpur. After that a Jathedar of Dahedu controlled and occupied the whole of the area from Dahedu to Nabha.

To our loved ones in the city of Khanna, send heart winning gifts from our gifting website GiftstoIndia24x7.com and celebrate special occasions together. We bring to you exclusive and popular gifts which can be delivered within 24 hours of you placing the order, with our same day delivery service your gifts will reach your loved ones in Khanna on time. From our website you can choose from various gifts

Can flowers be delivered same day in Khanna?

Missing out on a dear one’s special day in Khanna? Send them flowers from anywhere in the country or abroad on the same day as placing the order with GiftstoIndia24x7.
com’s exclusive same day delivery service. You could send bouquets of lilies, gerberas, tulips, carnations or roses to name a few or even a combination of two or more flowers and be a part of the celebrations in Khanna even from far.