Why use us to send Gifts to Karaikudi

No. of gifts delivered in Karaikudi - 52
Delivery Options for Karaikudi 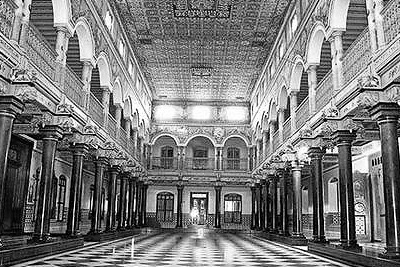 Karaikudi is a municipality in Sivaganga district in the Indian state of Tamil Nadu. It is the 20th largest urban agglomeration of Tamil Nadu based on 2011 census data. It is part of the area commonly referred to as "Chettinad" and has been declared a heritage town by the Government of Tamil Nadu, on account of the palatial houses built with limestone called karai veedu.

Karaikudi comes under the Karaikudi assembly constituency, which elects a member to the Tamil Nadu Legislative Assembly once every five years, and it is a part of the Sivaganga (Lok Sabha constituency), which elects its member of parliament (MP) once in five years. The town is administered by the special grade Karaikudi municipality, which covers an area of 33.75 km2 (13.03 sq mi). Roadways are the major mode of transportation to Karaikudi and the nearest airport is Tiruchirapalli International Airport located (95 kilometres (59 mi)) away from the city.