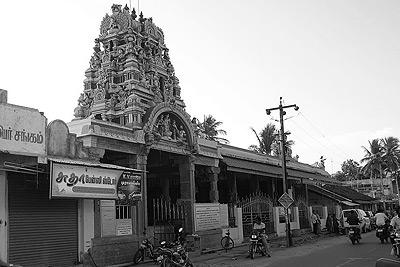 Karaikal is a major port town of east coast of India and a municipality in Karaikal district in the Union Territory of Puducherry, India. This is the birthplace of Karaikal Ammaiyar.

The French government acquired Karaikal in 1674 and held control, with occasional interruption from the British and Dutch, until 1954 (de jure in 1956), when it was incorporated into the Indian Union along with the rest of French India.

Several explanations are offered for the word 'Karaikal'. The imperial Gazetteer gives it the meaning 'fish pass'. However, the name Karaikal is no doubt a combination of two words 'Karai' and 'Kal'. Both the words ‘Karai and 'Kal' have several meanings, of which the more acceptable ones are 'lime mix' and 'canal' respectively. Hence it has been suggested that the name may mean a canal built of lime mix. However, no trace of such a canal is evident now.