Why use us to send Gifts to Kalyani

No. of gifts delivered in Kalyani - 28
Delivery Options for Kalyani 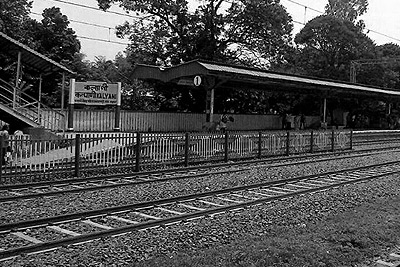 Kalyani is a city and a municipality of Nadia district in the Indian state of West Bengal. It is located around 50 kilometres (31 mi) from Kolkata — the capital of West Bengal. It is a part of the area covered by Kolkata Metropolitan Development Authority (KMDA). Kalyani is the administrative headquarters of Kalyani subdivision. It is located on the eastern banks of Hooghly River.

During the period of World War II, Kalyani was site of an American Airbase, known by the name of Roosevelt Town or Roosevelt Nagar. It was developed as a planned town in the early 1950s by the Government of West Bengal on behest of Bidhan Chandra Roy – the second Chief Minister of West Bengal – for hosting the Indian National Congress meeting and to accommodate the housing needs of the growing population of Calcutta. Kalyani, being a planned town, is characterised by underground sewage system, paved roads forming rectangular grids, tree-lined avenues and community parks.