Why use us to send Gifts to Jhansi

No. of gifts delivered in Jhansi - 120
Delivery Options for Jhansi 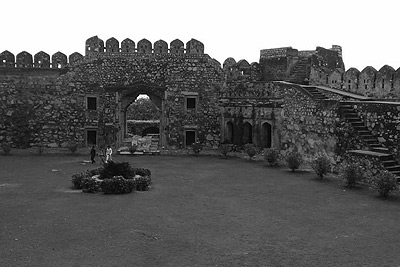 Jhansi is a historic city in the Indian state of Uttar Pradesh. It lies in the region of Bundelkhand on the banks of the Pahuj River, in the extreme south of Uttar Pradesh. Jhansi is the administrative headquarters of Jhansi district and Jhansi division. Also called the Gateway to Bundelkhand, Jhansi is situated between the rivers Pahuj and Betwa at an average elevation of 285 metres (935 feet). It is about 415 kilometres (258 mi) from New Delhi and 99 kilometres (62 mi) south of Gwalior.

The original walled city grew around its stone fort which crowns a neighbouring rock. The ancient name of the city was Balwantnagar.[citation needed] From 1817 to 1854, Jhansi was the capital of the princely state of Jhansi which was ruled by Gurjar rajas. The state was annexed by the British Governor General in 1854; Damodar Rao's claim to the throne was rejected but Rani Lakshmibai ruled it from June 1857 to June 1858.