Why use us to send Gifts to Jaysinghpur

No. of gifts delivered in Jaysinghpur - 26
Delivery Options for Jaysinghpur 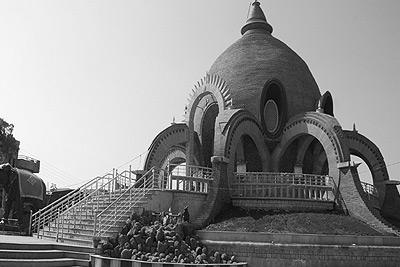 Jaysingpur is a city and municipal council in the Kolhapur district of the Indian state of Maharashtra. The city derives its name from Raja Jaysing, the father of Shrimant Chhatrapati Shahu Maharaj of Kolhapur, who planned and developed the architecture of the city. Shahu Maharaj laid out Jaysingpur as one of the few "chess board cities" in Maharashtra where roads meet at 90-degree angles. Jaysingpur has emerged as a satellite of Sangli city and is growing at rapid pace.

The city was founded in 1916 and celebrated its centenary in September 2016. The city has one of the largest tobacco markets in the country, and processes tobacco and gutkhas for the surrounding region.

These PIN Codes are those where we can arrange delivery in Jaysinghpur .
"HD" represents "Hand Delivery". For these PIN codes, delivery will be done by hand on the date you choose.
"CD" refers to "Courier Delivery". For these PIN codes, the gifts will be shipped through our shipping partners & will be delivered during the range of dates selected by you.