Why use us to send Gifts to Jalna

No. of gifts delivered in Jalna - 60
Delivery Options for Jalna 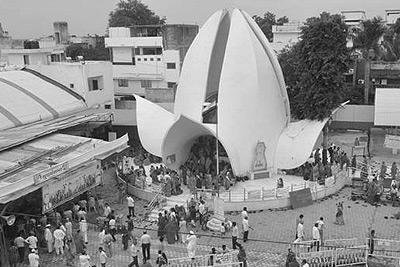 Jalna is a city in Jalna district in the Aurangabad Division, or Marathwada region, of the Indian state of Maharashtra. It was part of Hyderabad State as a tehsil of Aurangabad district, before Jalna district was formed effective 1 May 1981. Jalna is connected to major towns of the state by state highways. Road connectivity is excellent, roads connecting to Aurangabad, Pune, Ahmednagar, Nagpur, Beed, Khamgaon, Mumbai, having been upgraded to four-lane highways. A New Nagpur-Aurangabad-Mumbai highway, passing through Jalna, is being developed

These PIN Codes are those where we can arrange delivery in Jalna .
"HD" represents "Hand Delivery". For these PIN codes, delivery will be done by hand on the date you choose.
"CD" refers to "Courier Delivery". For these PIN codes, the gifts will be shipped through our shipping partners & will be delivered during the range of dates selected by you.