Why use us to send Gifts to Jabalpur

No. of gifts delivered in Jabalpur - 464
Delivery Options for Jabalpur 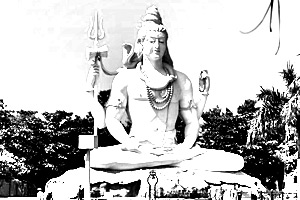 Jabalpur known as Jubbulpore, is one of the major cities of Madhya Pradesh state in India. It is the third largest urban agglomeration in Madhya Pradesh and the 38th largest urban agglomeration in India as per the 2011 census statistics. Its old name was thought to be Jabalpur but, in actuality, it was Jubbulgarh. It was later changed to Jubbulpore during British Governance and is now simplified as Jabalpur. This city has been selected as as a smart city and is considered as one of the best Indian cities. It is considered to be at the heart of India with scenic beauty and good infrastructure. It is the third largest urban agglomeration in Madhya Pradesh as per the census of 2011. It is 2nd largest metropolis of Central India after Raipur which is followed by Jabalpur, Bhopal, Bilaspur, Indore and Durg-Bhilai. The city is also home to the Gun Carriage Factory.

On any occasion when your are not with your family and friends in Jabalpur you can celebrate the occasion with them by sending them gifts from our online gifting website GiftstoIndia24x7.com. We bring to you the best of gifts from our wide range of collections to be sent with our same day delivery service which gets your gifts delivered within one day of you placing an order with us. The gifts will surely make your loved ones happy and make the occasion a memorable event for both you and your loved ones.

I want to send gifts same day to Jabalpur. Is it possible ?

The picturesque city of Jabalpur harks to one and all who have stayed there or even been there for a little time.
Show your near and dear ones how much you care with a token of love from Giftstoindia24x7.com and bring a smile to their face even when you are not near them. The site lets you send a gift to your dear ones within 24 hours of placing the order with its same day delivery service.

Can flowers be delivered same day in Jabalpur?

Have you been reminded of a loved one’s special day last minute in Jabalpur? Worry not! Giftstoindia24x7.com has just the right present for you to send to them. Flowers are a great gift for any and every occasion. Choose from the spectacular collection of bouquets of lilies, gerberas, roses, carnations and others, to send to your friends and family within 24 hours of placing the order.

Looking forward to sending lovely midnight cakes to your loved ones on their special day in India? However, make sure to add an element of surprise with the choicest midnight cakes as tokens of love along with our midnight delivery. We have listed the best of flavorsome cakes that you would love to gift your friends and family in Jabalpur sharp at midnight.