Why use us to send Gifts to Imphal

No. of gifts delivered in Imphal - 11
Delivery Options for Imphal 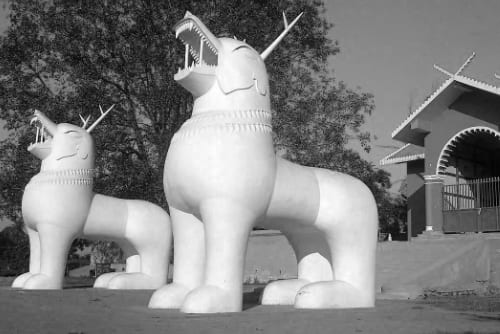 <p>Imphal, is the capital city of the Indian state of Manipur. Ruins of the Palace of Kangla, the royal seat of the former Kingdom of Manipur, are in the city metropolitan centre, surrounded by a moat.
<br>
<br>The Battle of Imphal took place between March and July 1944, during World War II.
<br>
<br>Source :
<a href="https://en.wikipedia.org/wiki/Imphal" rel="noopener noreferrer" target="_blank">Wikipedia</a>
</p>

These PIN Codes are those where we can arrange delivery in Imphal .
"HD" represents "Hand Delivery". For these PIN codes, delivery will be done by hand on the date you choose.
"CD" refers to "Courier Delivery". For these PIN codes, the gifts will be shipped through our shipping partners & will be delivered during the range of dates selected by you.