Why use us to send Gifts to Hardoi

No. of gifts delivered in Hardoi - 17
Delivery Options for Hardoi 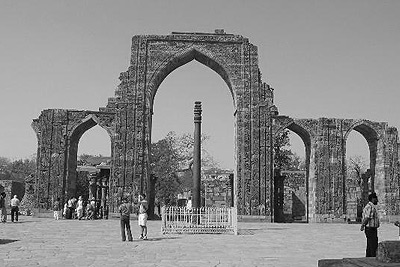 Hardoi is a city and municipal board in Hardoi district in the Indian state of Uttar Pradesh. It is the administrative headquarters of Hardoi district.

People believe that the name Hardoi comes from distorted version of its earlier name Haridrohi, which is a Hindi word that means "anti to the God". According to Hindu theology, in the past it was ruled by a King Hiranyakashipu, who didn’t have faith in God, but instead declared himself as God. He wanted the people to pray to him, but later his own son Prahlada rebelled. He tried to kill his own son by various means, but was unsuccessful. Later, to save Prahlad, God Vishnu as Narasimha himself came in disguise, such that he was neither human nor animal, and killed Hiranyakashipu. According to some scholars, the term "Hardoi" originated from the term "Haridwaya" which means two gods. Since there were two gods, Vamana (in the regime of King Bali) and Narasimha (in the regime of King Hiranyakashipu), who had been incarnated there and hence the place was called Haridwaya. and later was called Hardoi.