Why use us to send Gifts to Hapur

No. of gifts delivered in Hapur - 74
Delivery Options for Hapur 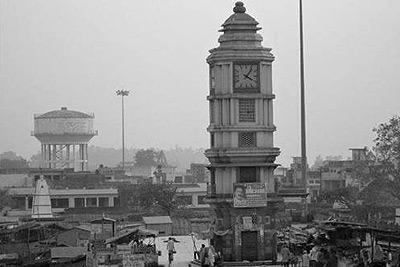 Hapur is a city in, as well as the headquarters of, Hapur district, in western Uttar Pradesh, India. Located about 60 kilometres (37 mi) east of New Delhi, the city is part of the Delhi National Capital Region (NCR). National Highway 9 passes through the city, connecting it to Delhi.

Hapur is said to have been founded in the 10th century. It was granted by Daulat Scindia to his French general Pierre Cuillier-Perron at the end of the 18th century. Under the British Raj, Hapur was within Meerut District, was surrounded by several fine groves, and carried on considerable trade in sugar, grain, cotton, timber, bamboo, and brass utensils. The important cavalry remount depot and farm of Babugarh adjoined the town.

These PIN Codes are those where we can arrange delivery of Gifts to Hapur .
"HD" represents "Hand Delivery". For these PIN codes, delivery will be done by hand on the date you choose.
"CD" refers to "Courier Delivery". For these PIN codes, the gifts will be shipped through our shipping partners & will be delivered during the range of dates selected by you.