Why use us to send Gifts to Gwalior

No. of gifts delivered in Gwalior - 293
Delivery Options for Gwalior 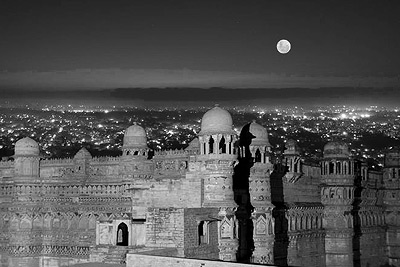 Gwalior is a major city in the central Indian state of Madhya Pradesh and one of the Counter-magnet cities. Located 343 kilometres (213 mi) south of Delhi, the capital city of India, 120 kilometres (75 mi) from Agra and 414 kilometres (257 mi) from Bhopal, the state capital, Gwalior occupies a strategic location in the Gird region of India. The city and its fortress have been ruled by several historic northern Indian kingdoms. From the Kachchhapaghatas in the 10th century, Tomars in the 13th century, it was passed on to the Mughal Empire, then to the Maratha in 1754, followed by the Scindia in the 18th century. A study of urban pollution in 2016 found the city to have the highest level of air pollution in India, and the second highest in the world.

Planning to send midnight presents to Gwalior without any problem? GiftstoIndia24x7.com is the right choice of website from where you can place an order for gifts to present to your loved ones in Gwalior. Our quick delivery service would surely amaze you and your loved ones. We offer a wide array of curated items that are sure to be loved by the receiver. So be an early bird and place an order for your midnight gift to double the celebration.

Our special midnight cake delivery services are impeccable at delivering the surprise packages at the doorsteps of your loved ones.

The delightful cakes are delivered in the middle of the night only for your close ones to find the tantalizing surprise gift in their possession. Midnight delivery of cakes are beautiful since they hold significance for making your dear one’s life and occasion special. So without any further delay, place your order for delicious midnight cakes in Gwalior through our website.