Why use us to send Gifts to Goindwal

No. of gifts delivered in Goindwal - 31
Delivery Options for Goindwal 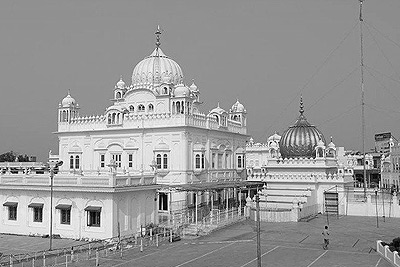 Goindwal, also known as Goindwal Sahib, is located in Taran Taran district in the Majha region of the state of Punjab in India about 23 km from Tarn Taran Sahib. In the 16th century it became an important center for the Sikh religion during the Guruship of the Guru Amar Das. Goindwal is on the banks of the river Beas and is one of the focal points of small scale industries of Tarn Taran district.

Guru Amar Das (the third Guru or the third Nanak) stayed in Goindwal for 33 years where he established a new centre for preaching Sikhism. A Baoli (stepwell), paved with 84 steps was constructed there. Some devout believe that by reciting Japji Sahib, the divine Word revealed to Guru Nanak Dev at each of the 84 steps after taking a bath in the Baoli provides Moksha, liberation from 84,00,000 cycles of life of this world and unity with God (mukhti). Goindval is where Guru Amar Das met Guru Ram Das, the next Guru. Guru Arjan Dev was also born there on 15 April 1563. It is called axis of Sikhism as it was the first center of Sikhism.