Why use us to send Gifts to Ferozpur

No. of gifts delivered in Ferozpur - 701
Delivery Options for Ferozpur 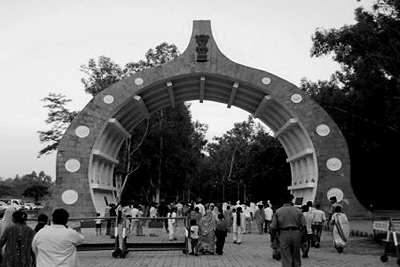 Firozpur, also known as Ferozepur, is a city on the banks of the Sutlej River in Firozpur District, Punjab, India. It was founded by Sultan Firoz Shah Tughluq (1351–88), a ruler of the Tughluq dynasty, who reigned over the Sultanate of Delhi from 1351 to 1388.

After the Partition of India in 1947, it became a border town on the Indo-Pakistani border with memorials of India's freedom fighters.

These PIN Codes are those where we can arrange delivery in Ferozpur .
"HD" represents "Hand Delivery". For these PIN codes, delivery will be done by hand on the date you choose.
"CD" refers to "Courier Delivery". For these PIN codes, the gifts will be shipped through our shipping partners & will be delivered during the range of dates selected by you.