Why use us to send Gifts to Faridkot

No. of gifts delivered in Faridkot - 753
Delivery Options for Faridkot 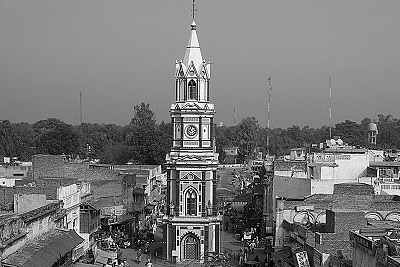 Faridkot is a city in the state of Punjab, India. It is the headquarters of the Faridkot district. The Faridkot District was a part of the erstwhile Ferozepur Division but in the year 1996, Faridkot Division was established with a Divisional headquarter at Faridkot which includes Faridkot, Bathinda and Mansa districts.

The city is named in the honor of Baba Farid, a revered 13th century Sufi saint whose shrine is located in Pakpattan, Pakistan. The town of Faridkot was founded during this century as Mokalhar by Raja Mokalsi, the grandson of Rai Munj, a Bhatti Chief of Bhatnair, Rajasthan. According to a popular folklore, the Raja renamed Mokalhar to Faridkot after Baba Farid paid a visit to the town. It remained the capital during the reign of Mokalsi's son Jairsi and Wairsi.

These PIN Codes are those where we can arrange delivery in Faridkot .
"HD" represents "Hand Delivery". For these PIN codes, delivery will be done by hand on the date you choose.
"CD" refers to "Courier Delivery". For these PIN codes, the gifts will be shipped through our shipping partners & will be delivered during the range of dates selected by you.