Why use us to send Gifts to Dhule

No. of gifts delivered in Dhule - 133
Delivery Options for Dhule 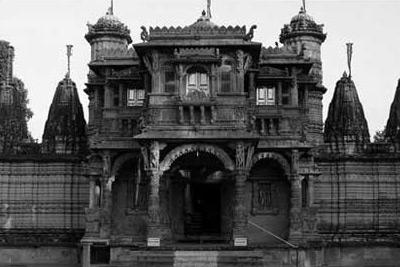 Dhule is a city located in the Dhule District in the northwestern part of Maharashtra state, India known as Khandesh, situated on the banks of Panzara River.

The city, with industrial areas, schools, hospitals, supermarkets and residential areas, has communications and transport infrastructures. Dhule is the regional headquarters of MIDC, RTO, and MTDC. Dhule is largely emerging as one of the upcoming hubs of textile, edible oil, and power-loom across the state and has gained a strategic advantage for being on the junction of three National Highways viz. NH-3, NH-6, and NH-211 and on most anticipated Manmad - Indore Rail Project. Recently Ministry of Surface Transport has granted conversion of surrounding 4 state highways to National Highway, after which Dhule would be the one amongst very few cities in India being located on convergence of 7 National Highways. Conversion of NH-3 from four lanes to six lanes between Dhule and Nashik with modern facilities is under process.

These PIN Codes are those where we can arrange delivery in Dhule .
"HD" represents "Hand Delivery". For these PIN codes, delivery will be done by hand on the date you choose.
"CD" refers to "Courier Delivery". For these PIN codes, the gifts will be shipped through our shipping partners & will be delivered during the range of dates selected by you.