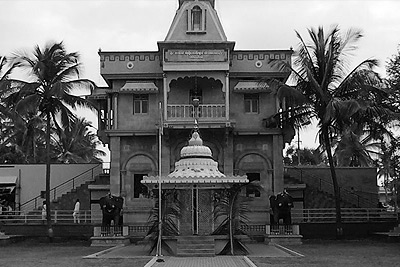 Dharwad is the district headquarters of Dharwad district in the state of Karnataka, India. It was merged with the city of Hubballi in 1961 to form the twin cities of Hubballi-Dharwad. It covers an area of 200.23 km² and is located 425 km northwest of Bengaluru, on NH-48, between Bengaluru and Pune.

The word "Dharwad" means a place of rest in a long travel or a small habitation. For centuries, Dharwad acted as a gateway between the Malenadu (western mountains) and the Bayalu seeme (plains); it became a resting place for travelers. The name is derived from the Sanskrit word 'dwarawata': 'dwara' meaning "door" and 'wata' or 'wada' meaning "town".

A different theory suggests that during the Vijayanagara rule of Dharwad there was a ruler by name "of Dharav" (1403), and Dharwad got its name from him. There are inscriptions that refer to Dharwad as Kampana Sthana.
Source : Wikipedia