Why use us to send Gifts to Dharamshala

No. of gifts delivered in Dharamshala - 96
Delivery Options for Dharamshala 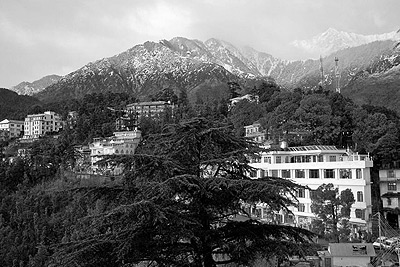 Dharamshala (also spelled Dharamsala) is the district headquarters of Kangra district in India. It was formerly known as Bhagsu. The Dalai Lama's residence and the headquarters of the Central Tibetan Administration (the Tibetan government in exile) are in Dharamshala. Dharamshala is 18 kilometers from Kangra. Dharamshala has been selected as one of the hundred Indian cities to be developed as a smart city under PM Narendra Modi's flagship Smart Cities Mission. On 19 January 2017, Chief Minister Virbhadra Singh declared Dharamshala as the second capital of Himachal Pradesh state, making Himachal Pradesh the third state of India with two capitals after Jammu and Kashmir and Maharashtra.

These PIN Codes are those where we can arrange delivery in Dharamshala .
"HD" represents "Hand Delivery". For these PIN codes, delivery will be done by hand on the date you choose.
"CD" refers to "Courier Delivery". For these PIN codes, the gifts will be shipped through our shipping partners & will be delivered during the range of dates selected by you.