Diwali is the most awaited occasion in India which is celebrated with lots of enthusiasm. On this memorable occasion which falls on 4th November, 2021 - send Diwali Gifts to India online. Select the best Diwali gifts for your family and friends and send it to India to celebrate the Festival of Lights with them. Make your Diwali celebration with family and friends a memorable one with us. You can choose from Gifts like Diwali Hampers, Thalis, Chocolates, Sweets, Cakes, Crackers, Diyas and many more. 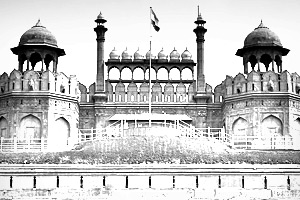 Delhi, also known as the National Capital Territory of Delhi is the capital territory of India. Such is the nature of urban expansion in Delhi that its growth has expanded beyond the NCT to incorporate towns in neighbouring states and at its largest extent can count a population of about 25 million residents as of 2014. This popular Indian city has been bordered by Haryana on its three sides and also by Uttar Pradesh to its east. It is undoubtedly considered as one of the most expansive cities in India with a population of about 25 million. After Mumbai, Delhi is considered as the second most populous Indian cities. It is also considered as one of the most popular tourist destinations because of its cultural significance and scenic beauty.