Why use us to send Gifts to Darjeeling

No. of gifts delivered in Darjeeling - 51
Delivery Options for Darjeeling 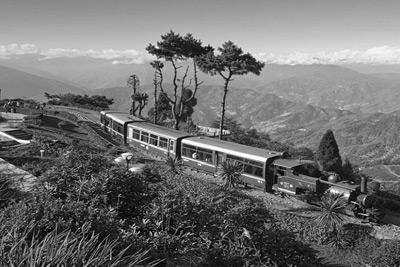 Darjeeling is a town and a municipality in the Indian state of West Bengal. It is located in the Lesser Himalayas at an elevation of 6,700 ft (2,042.2 m). It is noted for its tea industry, its views of Kangchenjunga, the world's third-highest mountain, and the Darjeeling Himalayan Railway, a UNESCO World Heritage Site. Darjeeling is the headquarters of the Darjeeling District which has a partially autonomous status within the state of West Bengal. It is also a popular tourist destination in India.

The name Darjeeling comes from the Tibetan words Dorje, which is the thunderbolt sceptre of the Hindu deity Indra, and ling, which means "a place" or "land".

These PIN Codes are those where we can arrange delivery in Darjeeling .
"HD" represents "Hand Delivery". For these PIN codes, delivery will be done by hand on the date you choose.
"CD" refers to "Courier Delivery". For these PIN codes, the gifts will be shipped through our shipping partners & will be delivered during the range of dates selected by you.