Why use us to send Gifts to Cuttack

No. of gifts delivered in Cuttack - 390
Delivery Options for Cuttack 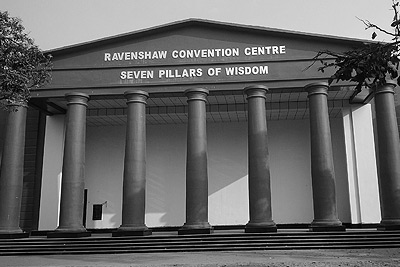 Cuttack is the former capital and the second largest city in the eastern Indian state of Odisha. It is also the headquarters of the Cuttack district. The name of the city is an anglicised form of Kataka which literally means The Fort, a reference to the ancient Barabati Fort around which the city initially developed. Cuttack is also known as the Millennium City as well as the Silver City due to its history of 1000 years and famous silver filigree works. It is also considered as the judicial capital of Odisha as the Odisha High Court is located here. It is also the commercial capital of Odisha which hosts a large number of trading and business houses in and around the city. Cuttack is also famous for its Durga puja which is the most important festival of Odisha and West Bengal. Cuttack is also the birth place of Netaji Subhas Chandra Bose.

Everyone loves to receive surprises, especially when it is at sharp 12 a.m. It becomes an absolutely astonishing moment for the receiver to find a special arrival at the stroke of midnight. To make the midnight celebrations even easier, we at GiftstoIndia24x7.com provide you with the option of midnight delivery to Cuttack. We are the best option that you can get in terms of gifting where ordering presents for your loved ones is easier than before and you can achieve this from anywhere in the world.

Celebrating your anniversary or birthday at midnight has become a rising trend in the existing time, which is why we bring to you a wide range of assorted and flavorsome cakes on our website for you to choose for your dear ones in Cuttack.

We offer you the opportunity to order online midnight cake delivery in Cuttack, from anywhere around the world. Now you can have your loved ones’ favorite flavored cake delivered right at their doorstep in the middle of the night to celebrate the special day just at its beginning.