Why use us to send Gifts to Chinchwad

Celebrate Rakhi on 22nd August. If you are looking to send rakhi online, look no further. Delivering rakhis to india since 1999.

No. of gifts delivered in Chinchwad - 145
Delivery Options for Chinchwad 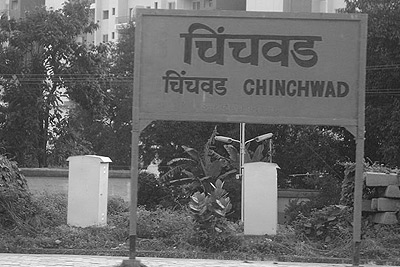 Pimpri Chinchwad is a extended city of Pune in the Indian state of Maharashtra. The modern city developed from what were rural suburbs of Pune as a result of rapid industrialization that began within a decade after Indian independence in 1947. It is situated at an altitude of 530 m above sea level, about 15 km northwest of the historic center of its twin city of Pune. The twin cities as well as the cantonment areas of Pune, Khadki and Dehu Road together form the urban core of the Pune Metropolitan Region (PMR). Pimpri Chinchwad is home to a vast variety of industrial establishments and is well known for its automotive and manufacturing industry.

These PIN Codes are those where we can arrange delivery in Chinchwad .
"HD" represents "Hand Delivery". For these PIN codes, delivery will be done by hand on the date you choose.
"CD" refers to "Courier Delivery". For these PIN codes, the gifts will be shipped through our shipping partners & will be delivered during the range of dates selected by you.