Why use us to send Gifts to Chidambaram

No. of gifts delivered in Chidambaram - 16
Delivery Options for Chidambaram 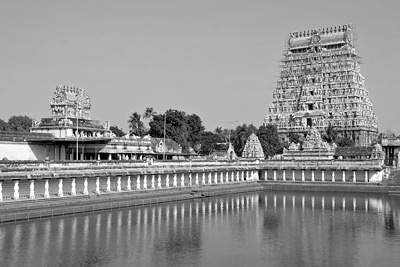 Chidambaram is a town and municipality in Cuddalore district in the Indian state of Tamil Nadu. It is the headquarters of the Chidambaram taluk. The town is believed to be of significant antiquity and has been ruled, at different times, by the Pallavas until 9th century, Medieval Cholas, Later Cholas, Later Pandyas, Vijayanagar Empire, Marathas and the British. The town is known for the Thillai Nataraja Temple, and the annual chariot festival held in the months of December–January (In the Tamil month of Marghazhi known as "Margazhi Urchavam") and June to July (In the Tamil month of Aani known as "Aani Thirumanjanam")
Source :Wikipedia