Why use us to send Gifts to Chhachhrauli 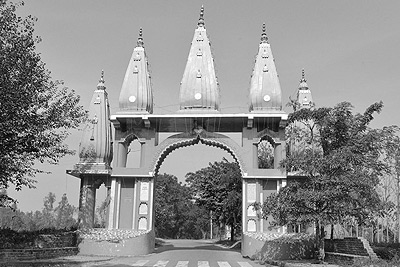 Chhachhrauli is a tehsil and Gram Panchayat town consisting 20 Wards in Yamuna Nagar district in the state of Haryana, India. It is 11 km north-east of Jagadhari. Chachhraulli is often termed as "Cherapunjii of Haryana" as it receives maximum amount of rain in whole Haryana and Punjab, average for Haryana is 450mm in monsoon and Chachhraulli receives 1100 mm. It was a municipal committee up to 1998. Before independence in 1947, it was the capital of the princely state of Kalsia. The origin of word Chhachhrauli is believed to be "Sat Sherawali" due to a temple located near bus terminus. Chhachhrauli basically has two areas - 1. KHADAR - It is a low lying area near banks of Yamuna River . Predominantly it consists of Hindu Gujjars and has fertile lands for agriculture . But it is often struck by floods . Average rainfall is 1050 mm . 2. GHAAD- it is a high elevated area near shivalik hills . Predominantly consists of Muslim Population . Land here is sandy which is not fertile for agriculture . Weather here is extreme. Very hot in summers and very cold in winters . Average rainfall is about 1200 mm. Highest in Haryana , due to Shiwalik hills.
Source : Wikipedia

These PIN Codes are those where we can arrange delivery in Chhachhrauli .
"HD" represents "Hand Delivery". For these PIN codes, delivery will be done by hand on the date you choose.
"CD" refers to "Courier Delivery". For these PIN codes, the gifts will be shipped through our shipping partners & will be delivered during the range of dates selected by you.