Chocolates are the best gifts that you can send to your loved ones as gifts to India. GiftstoIndia24x7.com offers different variety of chocolates that suit the taste of all. Pamper the taste buds of your loved ones in India by gifting them rich, creamy, enticing, chocolaty flavors from renowned companies like Ferrero Rocher, Vochelle and Cadbury. Just hurry up and select the best one and send to India. 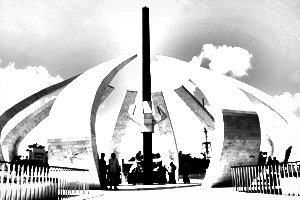 Chennai is the capital city of the Indian state of Tamil Nadu. Located on the Coromandel Coast off the Bay of Bengal, it is the biggest industrial and commercial centre in South India and a major cultural, economic and educational centre. Chennai is known as the "Detroit of India" for its automobile industry. Chennai is the third-largest city and fourth-most populous metropolitan area in the country. Chennai is considered to be a smart city with a mixture of traditional and modern values. This popular city has been marked as one of the safest cities in India. Chennai attracts many tourists with its scenic beauty and cultural values. In fact, it is considered as one of the biggest economic, educational and cultural centers in South India. India Today marked Chennai as the best city in India.