Why use us to send Gifts to Chandrapur

No. of gifts delivered in Chandrapur - 136
Delivery Options for Chandrapur 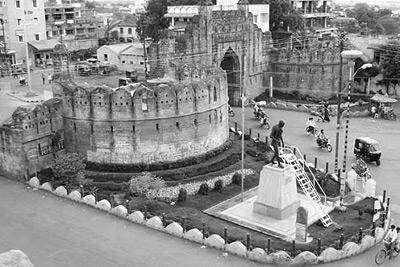 The local people relate the name "Chandrapur" to the words Chandra (the moon) and pur (a settlement) after a legend. Scholars see the name as a derivative of "Indupur" (city of the moon) which stood near the Jharpat in the Treta Yuga. Chandrapur is nicknamed the "black gold city" after nearby coal mining.

These PIN Codes are those where we can arrange delivery in Chandrapur .
"HD" represents "Hand Delivery". For these PIN codes, delivery will be done by hand on the date you choose.
"CD" refers to "Courier Delivery". For these PIN codes, the gifts will be shipped through our shipping partners & will be delivered during the range of dates selected by you.