Why use us to send Gifts to Chamba

Send online rakhi to india to celebrate Rakhi. A wide range of rakhi in india is available to send across. The best place to send rakhi to India from USA.

No. of gifts delivered in Chamba - 10
Delivery Options for Chamba 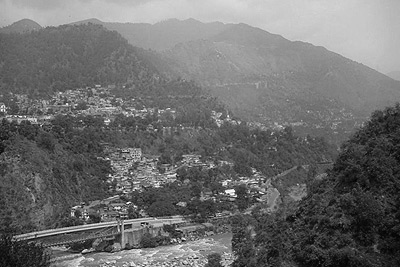 Chamba is a town in the Chamba district in the state of Himachal Pradesh, in northern India. According to the 2001 Indian census the town is situated on the banks of the Ravi River (a major tributary of the Trans-Himalayan Indus River), at its confluence with the Sal River. Chambial were the Rulers of Chamba State Chambials use suffix Varmans.

The town has numerous temples and palaces, and hosts two popular jatras (fairs), the "Suhi Mata Mela" and the "Minjar Mela", which last for several days of music and dancing. Chamba is also well noted for its arts and crafts, particularly its Pahari paintings, which originated in the Hill Kingdoms of North India between the 17th and 19th century, and its handicrafts and textiles.

These PIN Codes are those where we can arrange delivery in Chamba .
"HD" represents "Hand Delivery". For these PIN codes, delivery will be done by hand on the date you choose.
"CD" refers to "Courier Delivery". For these PIN codes, the gifts will be shipped through our shipping partners & will be delivered during the range of dates selected by you.