Why use us to send Gifts to Bhiwandi

No. of gifts delivered in Bhiwandi - 22
Delivery Options for Bhiwandi 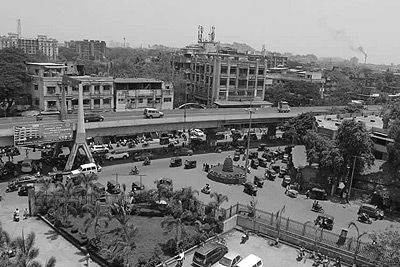 Bhiwandi is a city in the Thane district of Maharashtra state in Konkan division, located 20 km to the north-east of Mumbai and 15 km to the north-east of Thane city. Bhiwandi city, the headquarters of the taluka of Bhiwandi, comes under the administration of the Bhiwandi-Nizampur City Municipal Corporation. The city is part of the Greater Mumbai metropolitan agglomeration.

Bhiwandi was initially inhabited by the kolis and konkanis who were fishermen and used to live near the konkan sea coast. Bhiwandi was once a trading town as it had its own port (bandargah) in bunder mohalla. The mughals built their eidgah in bhiwandi which is located till today at eidgah road