Why use us to send Gifts to Bhimavaram

No. of gifts delivered in Bhimavaram - 22
Delivery Options for Bhimavaram 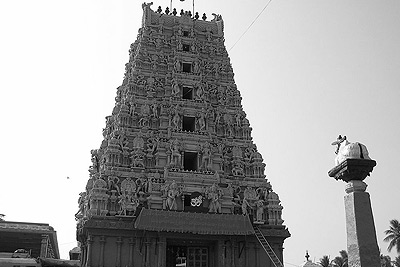 Bhimavaram is a city in West Godavari district of the Andhra Pradesh state of India. It is the administrative headquarters of Bhimavaram mandal in Narasapuram revenue division. It is a part of Eluru Urban Development Authority.  It is one of the major pilgrimage centers in the state, which is home to Somaramam, one of the five great Pancharama Kshetras.

Along with much of present-day coastal Andhra Pradesh, Bhimavaram was controlled by the Chola dynasty. Under Kulothunga Chola I, Bhimavaram was ruled by his sons who served as viceroys. Stone inscriptions have been found in the town dating from his reign (c. 1096 C.E.).