Why use us to send Gifts to Bhavnagar

No. of gifts delivered in Bhavnagar - 345
Delivery Options for Bhavnagar 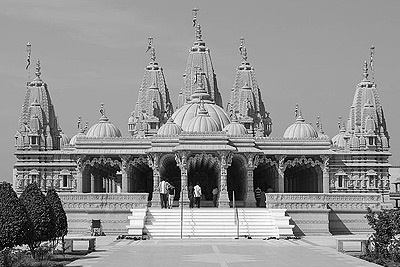 Bhavnagar is a city in the Bhavnagar district of the Saurashtra region of the Gujarat state of India. It was founded in 1724 by Bhavsinhji Gohil (1703–1764). It was the capital of Bhavnagar State, which was a Princely state before it was merged into the Indian Union in 1948. It is now administrative headquarter of the Bhavnagar district. Bhavnagar is situated 198 km from the state capital Gandhinagar and to the west of the Gulf of Khambhat. It has always been an important city for trade with many large and small scale industries along with the world's largest ship-breaking yard, Alang located 50 km away. Bhavnagar is also famous for its version of the popular Gujarati snack 'Ganthiya'.
Source : Wikipedia

GiftstoIndia24x7.com is offering same day delivery service to the city of Bhavnagar so all of you who are abroad and want to send gifts to your family and friends, you can do so with us as your gifting partner. Most gifting website do not deliver gifts in such interior cities but not us we have a delivery network to 1200 cities and Bhavnagar is one of them and you can choose Cakes, Flowers, Fruits, Dry Fruits, Chocolates, Gift Hampers and many more from our wide range of same day delivery gifting options.

I want to send gifts same day to Bhavnagar. Is it possible ?

Did you forget about a celebration or a festival and did not send a gift to your loved ones in Bhavnagar? Shirk your worries and purchase the choicest of gifts that can be customised and personalised as per your requirements at Giftstoindia24x7.
com. Also, avail the exclusive service of getting your token of love delivered to your family and friends within 24 hours of ordering it with the website’s Same Day Delivery service. Sending gifts to Bhavnagar is now as easy as a click of a button, irrespective of where you are in the world.

Can flowers be delivered the same day in Bhavnagar?

Emotions are best expressed with flowers. So, send your loved ones a beautiful bouquet to convey your emotions on their special day. Making your close ones in Bhavnagar feel special despite being away from them, is no more a challenge now. With Giftstoindia24x7.com, now you can send customized bouquets and floral bunches within just 24 hours of placing the order.

Cakes are not just another creamy treats, they are a piece of art that charms the heart and tickles the taste buds. We excel in providing you various kinds of cakes that would win your heart and those of your loved ones in Bhavnagar. We have a cake for any and every kind of occasion, from birthdays to wedding anniversaries, from festivals to occasional celebrations, we have got it all. Our freshly baked cakes are sure to add sweetness and freshness to the special occasions of your loved ones. Send cakes to Bhavnagar on the same-day through us and cherish that unforgettable experience for days to come.