Why use us to send Gifts to Bhadravati

No. of gifts delivered in Bhadravati - 12
Delivery Options for Bhadravati 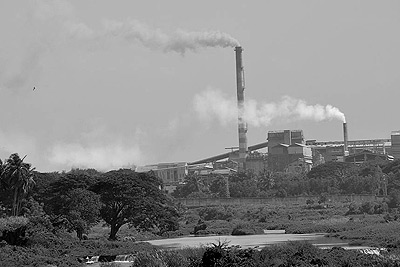 Bhadravati or Bhadravathi is an industrial city and taluk in the Shivamogga District of Karnataka state, India. It is situated at a distance of about 255 kilometres (158 mi) from the state capital Bengaluru and at about 20 kilometres (12 mi) from the district headquarters, Shivamogga. Bhadravati derives its name from the Bhadra River which flows through the city. It was earlier known as Benkipura (or Venkipura), and earlier Benki Pattana. Iron ore from the hill station of Kemmannugundi and water from the Bhadra River helped the establishment of an iron mill in 1918 and a paper mill in 1936. Hoysalas ruled the city. The Goddess "Haladammadevi & Antaragattammadevi" guard the city from past time. The sacred temples are still present in the city.
Source : Wikipedia