Why use us to send Gifts to Berhampur

No. of gifts delivered in Berhampur - 89
Delivery Options for Berhampur 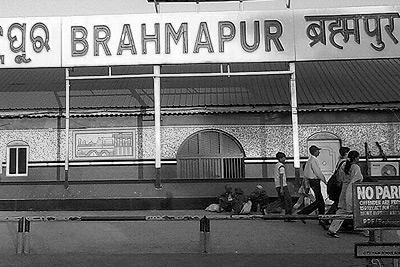 Berhampur also known as Brahmapur is a city on the eastern coastline of Ganjam district of the Indian state of Odisha in East India. As of 2011 Census of India (provisional), the population of Berhampur was 355,823, of which 185,584 were males and 170,239 were females making it the fourth most populous urban city in Odisha state and 126th in India. Berhampur Railway Station is a major Railway Station of Odisha and India . It is connected with two major stations (Howrah-Chennai) through Howrah- Chennai main route

These PIN Codes are those where we can arrange delivery in Berhampur .
"HD" represents "Hand Delivery". For these PIN codes, delivery will be done by hand on the date you choose.
"CD" refers to "Courier Delivery". For these PIN codes, the gifts will be shipped through our shipping partners & will be delivered during the range of dates selected by you.

I want to send gifts same day to Berhampore. Is it possible ?

The waves crash on the shores of Berhampur washing back memories that you left behind in this beautiful coastal city. It is extremely difficult to stay away from your dear ones especially on the days of festivity and merriment. But now with Giftstoindia24x7.com coming to your aid, you can order gifts for those special someones in Berhampore and get them delivered too within 24 hours of ordering. Their Same Day Delivery Service lets you sit anywhere in the country or abroad and send the most beautiful gifts to Berhampore.
Chat