Why use us to send Gifts to Barnala

No. of gifts delivered in Barnala - 1007
Delivery Options for Barnala 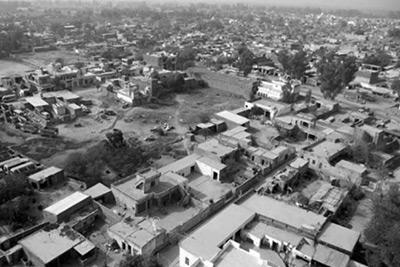 Barnala is a city in the state of Punjab of India which serves as the headquarters of the Barnala Sub Division. It is situated near Bhatinda.

There are different opinions about the nomenclature of Barnala. Some are of the view, Vaaran being a region because of frequent storms was at that time also called Varna. So Barnala was called a land of too many storms which later on became Barnala because of precision of example. Another view reveals that a fort here is said to be built by Baba Ala Singh in which there was a ‘Baahuli’ (a well which had stairs going down). That too due to precision and Malwai accent was known as ‘Baain’. Thus Baain Wala ultimately became Barnala. Thus these are different views only but no historical detail is available that how name Barnala came into existence. Barnala was named after Baba Ala Singh. Baba Ala Singh left Bhadaur with his elder brother(hometown of Patiala State)and settled at Barnala and conquered many areas with the help of his brothers the Bhadaur Sardars. Though it was a district headquarters in erstwhile princely state system, it was later merged in PEPSU (Patiala & East Punjab States Union) and degraded as sub divisional headquarters.

These PIN Codes are those where we can arrange delivery in Barnala .
"HD" represents "Hand Delivery". For these PIN codes, delivery will be done by hand on the date you choose.
"CD" refers to "Courier Delivery". For these PIN codes, the gifts will be shipped through our shipping partners & will be delivered during the range of dates selected by you.