Why use us to send Gifts to Balasore

No. of gifts delivered in Balasore - 52
Delivery Options for Balasore 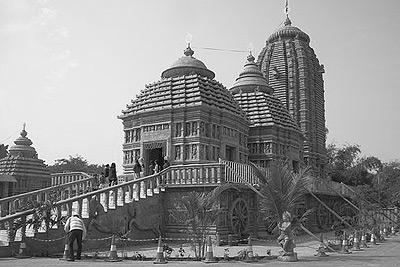 Balasore or Baleshwar is a city in the state of Odisha, about 194 kilometres (121 mi) north of the state capital Bhubaneswar, in eastern India. It is the administrative headquarters of Balasore district. It is best known for Chandipur beach. The Indian Ballistic Missile Defense Program's Integrated Test Range is located 18 km south of Balasore. The spoken language in Balasore is Odia. It is the largest city of North Odisha.

Baleshwar district was part of the ancient Kalinga kingdom which later became a territory of Utkal, till the death of Mukunda Dev. It was annexed by the Mughal Empire in 1568 and remained as a part of their suzerainty up until the 1700s. The British East India Company (EIC) established a factory at Balasore in 1633. As Calcutta rose in importance, Balasore became the center for river pilot services for vessels seeking to ascend the Hooghli River.