Elegant Flowers in Beautiful Arrangements Flowers are the best gift of Almighty for the mankind. The beautiful flowers enhance beauty and  look of the ambiance. We offer you to choose from a variety of flowers in exotic arrangements. Send these gifts to India and let your dear ones in India possess these gifts for a long period of time. Enthrall them with the beauty of Rose baskets, Gerbera collection, Orchids and Lilies. We offer these assortments in baskets, bouquets or vase, which contributes to a scenic abode. Sending these gifts to India will be the means of conveying warm regards and love on a special occasion. 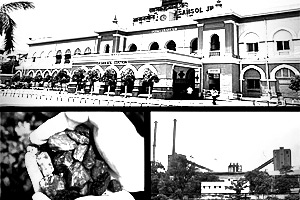 Asansol is the second largest city and urban agglomeration in West Bengal after Kolkata [2] and the 39th largest urban agglomeration in India.[3] Asansol is located in the Burdwan District of India. According to a 2010 report released by the International Institute for Environment and Development, a UK-based policy research non-governmental body, Asansol is ranked 11th among Indian cities. and 42nd in the world in its list of 100 fastest-growing cities