Why use us to send Gifts to Anjar

No. of gifts delivered in Anjar - 8
Delivery Options for Anjar 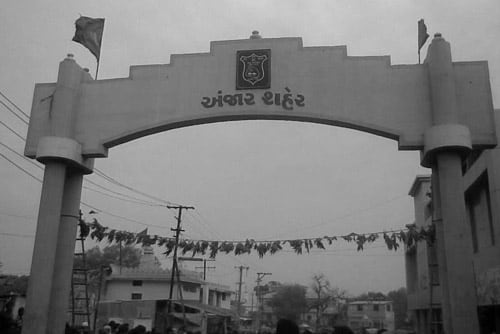 Anjar is a town, a tehsil and a municipality in Kachchh district in the state of Gujarat, India. It is located in southern Kutch. With nearly 1,400 years of history, founded around 650 AD, Anjar is claimed to be the oldest town in Kutch.

Popular stories say that a group of early settlers led by warrior Ajay Pal (also called Ajepal), brother of King of Ajmer, Rajasthan arrived and settled there around AD 650 or 805 (Samvat 862).[1] Slowly the settlement flourished and became a centre of trade and commerce. Due to its prosperity and wealth it was often target of invasion of clan warriors. As the founder of the settlement, and later the ruler, Ajay Pal dedicated his life to protecting the town. Due to his efforts and his sacrifice, he is worshiped as a saint and his tomb (also called Samadhi in Hinduism) and temple is located on the outskirts of the town.

These PIN Codes are those where we can arrange delivery in Anjar .
"HD" represents "Hand Delivery". For these PIN codes, delivery will be done by hand on the date you choose.
"CD" refers to "Courier Delivery". For these PIN codes, the gifts will be shipped through our shipping partners & will be delivered during the range of dates selected by you.