Why use us to send Gifts to Anandpur Sahib 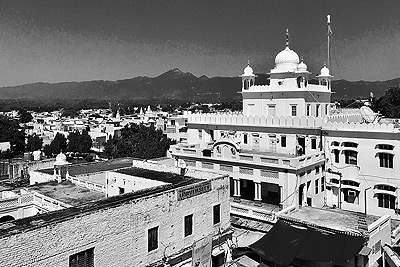 Anandpur Sahib, sometimes referred to simply as Anandpur Sahib (lit. "city of bliss"), is a city in Rupnagar district (Ropar), on the edge of Shivalik Hills, in the state of Punjab, India. Located near the Sutlej River, the city is one of the most sacred places in Sikhism, being the place where the last two Sikh Gurus lived and where Guru Gobind Singh Ji founded the Khalsa Panth in 1699. The city is home to Keshgarh Sahib Gurdwara, one of the five Takhts in Sikhism.

The city is a pilgrimage site in Sikhism. It is the venue of the largest annual Sikh gathering and festivities during Hola Mohalla in the spring season. Anandpur Sahib is located on National Highway 503 that links Kiratpur Sahib and Chandigarh to Nangal, Una and further Kangra, Himachal Pradesh. It is situated near the Sutlej river, the longest of the five rivers that flow through the historic crossroads region of Punjab.