Why use us to send Gifts to Amloh

No. of gifts delivered in Amloh - 117
Delivery Options for Amloh 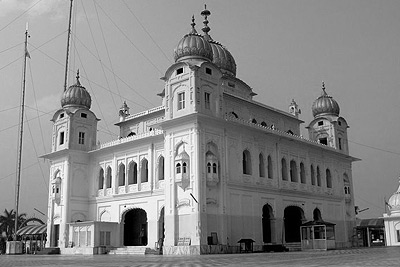 Amloh is a sub-district of Fatehgarh sahib district. Amloh was founded by Faiz Baksh, the Governor of Sirhind. After the fall of Sirhind in 1763, Amloh was annexed by Raja Hamir Singh, the ruler of Nabha State. It was developed by the erstwhile ruler of Nabha State. The fort in the town was constructed by Raja Hira Singh of Nabha. It was given the status of Nizamat (District) headquarters. After the creation of District Fatehgarh Sahib in 1992, Amloh was given the status of sub-divisional headquarters. Some part of the old building of the fort is now occupied by government offices.

These PIN Codes are those where we can arrange delivery of Gifts to Amloh .
"HD" represents "Hand Delivery". For these PIN codes, delivery will be done by hand on the date you choose.
"CD" refers to "Courier Delivery". For these PIN codes, the gifts will be shipped through our shipping partners & will be delivered during the range of dates selected by you.