Why use us to send Gifts to Ahmednagar

No. of gifts delivered in Ahmednagar - 273
Delivery Options for Ahmednagar 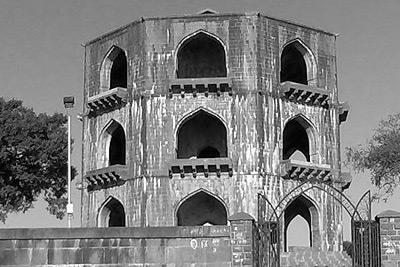 Ahmednagar is a city in Ahmednagar district in the state of Maharashtra, India, about 120 km northeast of Pune and 114 km from Aurangabad. Ahmednagar takes its name from Ahmad Nizam Shah I, who founded the town in 1494 on the site of a battlefield where he won a battle against superior Bahamani forces. It was close to the site of the village of Bhingar.[4] With the breakup of the Bahmani Sultanate, Ahmad established a new sultanate in Ahmednagar, also known as Nizam Shahi dynasty.

Ahmednagar has several dozen buildings and sites from the Nizam Shahi period. Ahmednagar Fort, once considered almost impregnable, was used by the British to house Jawaharlal Nehru (the first prime minister of India) and other Indian Nationalists before Indian independence. A few rooms there have been converted to a museum. During his confinement by the British at Ahmednagar Fort in 1944, Nehru wrote the famous book The Discovery of India.

These PIN Codes are those where we can arrange delivery in Ahmednagar .
"HD" represents "Hand Delivery". For these PIN codes, delivery will be done by hand on the date you choose.
"CD" refers to "Courier Delivery". For these PIN codes, the gifts will be shipped through our shipping partners & will be delivered during the range of dates selected by you.