Why use us to send Gifts to Adipur

No. of gifts delivered in Adipur - 17
Delivery Options for Adipur 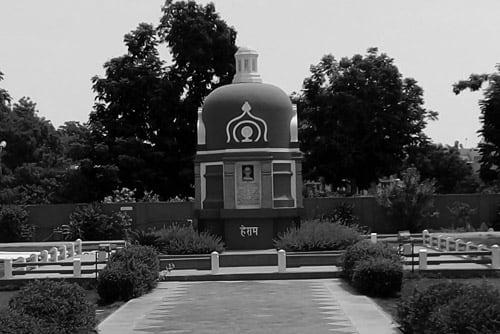 Adipur is a town in Kutch District in the state of Gujarat, India. The town is situated approximately 5 miles (8.0 km) from Gandhidham.

Adipur was initially founded as a refugee camp after the partition of India, in 1947, by the government of India. Its administration was passed onto a self-governing body called the Sindhu Resettlement Corporation Ltd (SRC). The person credited with the formation of this settlement was Bhai Pratap Dialdas, who requested land from Mahatma Gandhi for the (mostly Sindhi) immigrants from Sindh, Now West Pakistan. The Maharaja of Kutch, Vijayaraji donated 15,000 acres (61 km2) of land. in Adipur/Gandhidham, which was built on this land. Later the Indian Institute of Sindhology was established at Adipur is a center for advanced studies and research in the fields related to the Sindhi language, literature, art and culture.

Adipur is famous for Gandhi Samadhi and a huge number of Charlie Chaplin fans and impersonators.

These PIN Codes are those where we can arrange delivery in Adipur .
"HD" represents "Hand Delivery". For these PIN codes, delivery will be done by hand on the date you choose.
"CD" refers to "Courier Delivery". For these PIN codes, the gifts will be shipped through our shipping partners & will be delivered during the range of dates selected by you.