Why use us to send Gifts to Adalaj

No. of gifts delivered in Adalaj - 52
Delivery Options for Adalaj 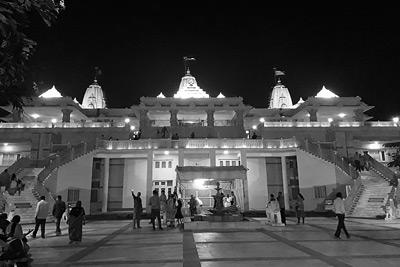 Adalaj is a census town in Gandhinagar district in the Indian state of Gujarat.
An expansive non-sectarian Trimandir inspired by Dada Bhagwan opened December 29, 2002 at Adalaj (near Ahmedabad-Kalol Highway) on the outskirts of Ahmedabad.
The Trimandir is a magnificent two storey structure with a discourse hall on the ground floor and temple on the first floor. The entire structure, with a centre shikhar height of 108 feet, is set with intricate carvings on pink sandstone.
Source :Wikipedia

These PIN Codes are those where we can arrange delivery in Adalaj .
"HD" represents "Hand Delivery". For these PIN codes, delivery will be done by hand on the date you choose.
"CD" refers to "Courier Delivery". For these PIN codes, the gifts will be shipped through our shipping partners & will be delivered during the range of dates selected by you.