Why use us to send Gifts to Tirupur

No. of gifts delivered in Tirupur - 77
Delivery Options for Tirupur 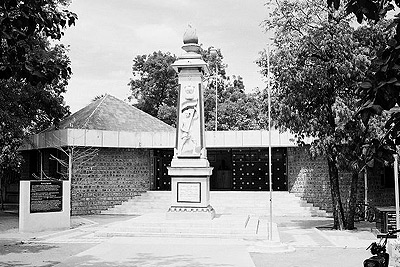 Tiruppur or Tirupur is a city located in the Indian state of Tamil Nadu. Tiruppur is the administrative headquarters of Tiruppur district and the fifth largest urban agglomeration in Tamil Nadu. Located on the banks of Noyyal River, it has been ruled at different times, by the Early Pandyas, Medieval Cholas, Later Cholas, Vijayanagar Empire, Madurai Nayaks, Mysore Kingdom and the British. It is situated at the centre of the South Indian Peninsula, about 450 kilometres (280 mi) southwest of the state capital Chennai about 50 kilometres (31 mi) east of Coimbatore and 50 kilometres (31 mi) south of Erode.

Thiruppur is a major textile and knit wear hub contributing to 90% of total cotton knit wear exports from India. The textile industry provides employment to over six lakh people and contributed to exports worth ?200 billion (US$2.8 billion) in 2014-15.