Why use us to send Gifts to Taran

No. of gifts delivered in Taran - 125
Delivery Options for Taran 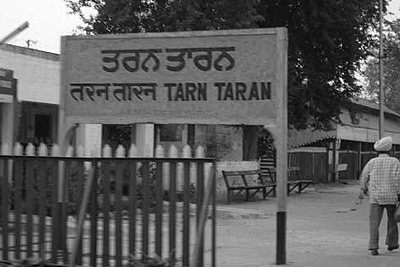 Tarn Taran Sahib is a town in the Majha region of the state of Punjab, in northern India. It is the district headquarters and hosts the municipal council of Tarn Taran district. Gurdwara Sri Tarn Taran Sahib, a prominent Sikh shrine is located in the central part of the city.

In 1947, the year of the Partition of India and the Partition of Punjab, Tarn Taran was the only tehsil (district) in Punjab, along with Shiekhupura, Ludhiana, Jalandhar, Hoshiapur, Kapurthala, Patti, Amritsar, Lyallpur, and Patiala, with a majority Sikh population. The city was a center of the Sikh insurgency during the 1980s and early 1990s. The main occupation in this area is agriculture and agroindustry, with very few other industries.

These PIN Codes are those where we can arrange delivery of Gifts to Taran .
"HD" represents "Hand Delivery". For these PIN codes, delivery will be done by hand on the date you choose.
"CD" refers to "Courier Delivery". For these PIN codes, the gifts will be shipped through our shipping partners & will be delivered during the range of dates selected by you.