Why use us to send Gifts to Silchar

No. of gifts delivered in Silchar - 39
Delivery Options for Silchar 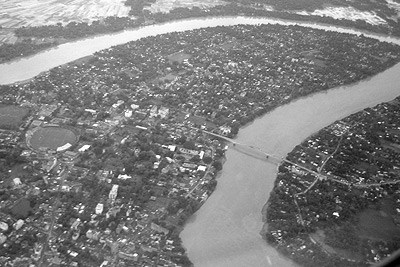 Silchar is the headquarters of Cachar district in the state of Assam in India. It is 343 kilometres (213 mi) south east of Guwahati.

During the British rule, ships were docked at the bank of the river Barak. Gradually, a market developed at the bank and became a major place of economic activity. The bank was covered with stones to help dock ships and vessels, and the market was developed at a place that was fully covered with stones. People started to refer to the place as Shiler Chor, meaning "a bank of stones". With the passage of time, Shiler Chor was simplified to Silchar, and ultimately the British officials started to use the name Silchar in their official documents referring to the surrounding area of the market. Thus Silchar became the official name of the place.

To cities like Silchar in Assam, you can now send gifts within 24 hours of placing an order with our gifting website GiftstoIndia24x7.com to surprise your family and friends on special occasions and festivals. This gifts that we bring to you can be delivered with same day delivery service will absolutely win your loved ones heart and make them feel closer to you. Choose from a wide range of gifts from our website and choose according to your loved ones likes and dislikes.

I want to send gifts same day to Silchar. Is it possible ?

With Giftstoindia24x7.com, sending gifts to Silchar on the same day is possible. The immaculate same day delivery option ensures that your selected gift reaches you loved ones just within 24 hours of placing the order.
Also, with the display of wide varieties of pleasantries in this site, now surprising your near and dear ones with the perfect gift is no more a hassle.

Can flowers be delivered same day in Silchar?

Flowers can express the deepest of emotions be it love, well wishes, apology or grief. Send your dear ones a bouquet for any and every occasion to let them know you keep them in your thoughts. With GiftstoIndia24x7.com, you can choose the most appropriate bouquet with the right flowers and get them delivered to your loved ones in Silchar within 24 hours of placing your order.