Why use us to send Gifts to Sambalpur

No. of gifts delivered in Sambalpur - 13
Delivery Options for Sambalpur 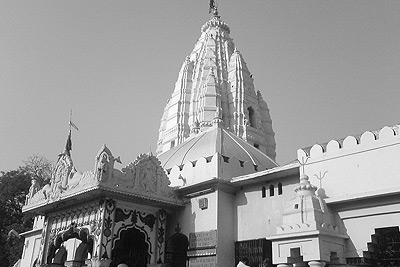 Sambalpur is a Municipal Corporation and located in the western part of Odisha, and is one of the largest and oldest cities in the state. It is the headquarters of Northern Revenue Division, Mahanadi Coalfield Limited (MCL) and one of the railway division from East Coast Railway zone. It is situated about 300 km (190 mi) west of the state capital Bhubaneswar, 550 km (340 mi) west of Kolkata in West Bengal and 278 km (173 mi) east of Raipur in Chhattisgarh. It is on the bank of the Mahanadi River.

Sambalpur derives its name from the Goddess Samalei, who is regarded as the reigning deity of the region. The region in which Sambalpur city is located was also known as Hirakhanda from ancient times. In history, it has also been known as "Sambalaka". Claudius Ptolemy described the place as "Sambalak".

GiftstoIndia24x7.com brings to you the same day delivery service so you can get your gifts delivered to cities like Sambalpur within one day of placing your order. No matter how far you are with our delivery service you will feel more close to your family and friends in Sambalpur. We bring to you gifts like Flowers, Cakes, Chocolates, Sweets, Soft Toys, Love Hampers, Gifts Hamper, Fruits and Dry Fruits to choose for your dear ones.

I want to send gifts same day to Sambalpur. Is it possible ?

Sending gifts to your loved ones is a unique and significant way to express your sentiments and emotions.
It is also the best possible way to commemorate your feelings and moments spent together. With Giftstoindia24x7.com and its huge array of merchandise, make every occasion of your loved one’s life at Sambalpur special even from far. The same day delivery of the gift by this site ensures the memories are evergreen and well nourished.

Can flowers be delivered same day in Sambalpur?

Flowers and their colours are associated with specific emotions and hence make the most convenient gift to let a person know what you feel about them. Send your dear ones in Sambalpur an expressive bouquet of your choice of flowers from GiftstoIndia24x7.com and let them know that you think of them. The site also has a same day delivery service with which your gift will reach your friends and family within 24 hours of placing your order.