Why use us to send Gifts to Sagar

No. of gifts delivered in Sagar - 18
Delivery Options for Sagar 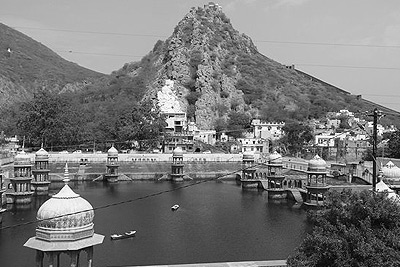 Sagar is a city in the state of Madhya Pradesh in central India. Situated on a spur of the Vindhya Range and 1,758 feet (536 m) above sea-level. The city is around 172 kilometres (107 mi) northeast of state capital, Bhopal. It is situated almost in the centre of India.

Its original name 'Saugor' is an amalgamation of two words: sau meaning Hundred (100) and garh meaning forts; there were countless small-forts in this region. With time the name has changed from Saugor to Sagar.

Sagar has been selected as one of the hundred Indian cities to be developed as a smart city under PM Narendra Modi's flagship Smart Cities Mission and listed top safest city of India 2018. Sagar University was founded on 18 July 1946. In February the name was changed to Dr. Hari Singh Gour University.

These PIN Codes are those where we can arrange delivery of Gifts to Sagar .
"HD" represents "Hand Delivery". For these PIN codes, delivery will be done by hand on the date you choose.
"CD" refers to "Courier Delivery". For these PIN codes, the gifts will be shipped through our shipping partners & will be delivered during the range of dates selected by you.