Why use us to send Gifts to Rewari

No. of gifts delivered in Rewari - 59
Delivery Options for Rewari 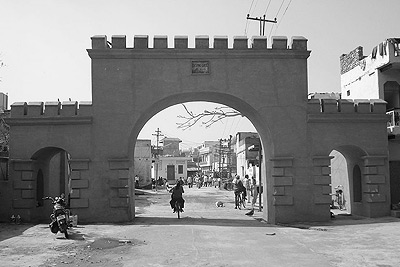 Rewari is a city and a municipal council in Rewari district in the Indian state of Haryana. It is located in south-west Haryana 82 km from Delhi railway station[3] and 51 km from Gurgaon railway station. Rewari may be considered centre of Ahirwal (Yadav) region.

During the Mahabharata period in ancient India, a king named Rewat had a daughter named Rewati. The father used to call her Rewa, and founded a city "Rewa Wadi" named after her. Wadi and wada mean a neighbourhood (small and big, respectively) in Hindi and many other Indian languages. When Rewa married Balram, elder brother of Krishna, the king donated the city “Rewa-Wadi” to his daughter. In the course of time, the name Rewa-Wadi became Rewari.