Why use us to send Gifts to RanaGhat

No. of gifts delivered in RanaGhat - 18
Delivery Options for RanaGhat 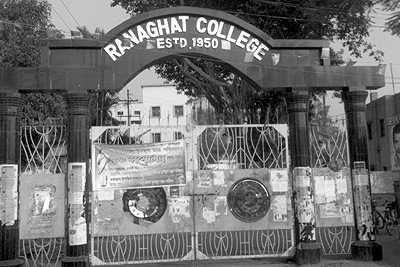 Ranaghat is a city and a municipality in Nadia district in the state of West Bengal, India. It is the headquarters of the Ranaghat subdivision. It is on the Churni River, 74 kilometres north of Kolkata. It is compact but one of the most populous cities of West Bengal. It is known for its handloom industry, various types of flowers and floriculture and a flower market. After independence Ranaghat was chosen to be the district capital but later Krishnanagar was selected instead. The town has recently expanded. Urban area is about 8 km2, but the total rural and urban area is more than 30 km2. The total population was just over 200,000 in 2011. It is one of the most important railway junctions in the Sealdah-Murshidabad railway section. The "Maitree Express" linking Kolkata and Dhaka passes through Ranaghat.