Why use us to send Gifts to Raiganj

No. of gifts delivered in West Bengal - 17530
Delivery Options for 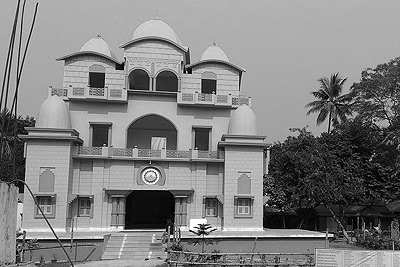 Raiganj is a city and a municipality in the Indian state of West Bengal. It is the headquarters of the Uttar Dinajpur district. The police station was set up 125 years ago and railway connectivity reached the place 115 years ago. The city houses the 106 year old Raiganj Coronation High School. Raiganj got its railway connection back in 1896. The train used to go to Parbatipur junction in Bangladesh from Raiganj. It is a 200 years old town. The word "Raiganj" came from "Rai" , means "Radha", The character of Mahabharata.

The origin of the name Raiganj is not exactly known. There is a debate about the origin of the name. Some say the name is linked to the royal family of Dinajpur whose surname was Rai. There are several views regarding the origin of the name. But, the widely accepted view is that the name originated from the abundance of rai sorshe (a special type of mustard) corps at this place from time immemorial. [5]Much numbers of people thought, the word "Raiganj" came from "Rai" means "Radha", The character of Mahabharata.And the word "Kaliaganj", nearest city of Raiganj is come from "Kalia" means "Krishna", The character of Mahabharata