Why use us to send Gifts to Porvorim

No. of gifts delivered in Porvorim - 15
Delivery Options for Porvorim 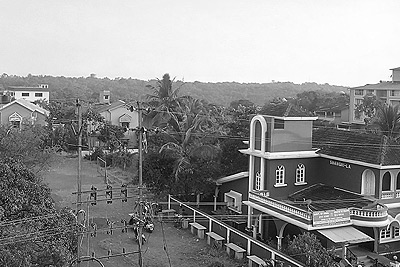 Porvorim, also known as Purvari, is the legislative capital of the state of Goa, India. It is situated on the right bank (north bank) of the Mandovi River. The administrative capital Panaji is located on the opposite bank. Considered as a suburb of Panaji, Porvorim is considered an upmarket residential hub as it lies on the prime Mumbai–Goa highway NH17.

Historically, Porvorim was originally centered on the village market at the crossroad between the Panaji–Mapusa highway and the Socorro–Sangolda road. It used to be the por-vod or last vado of the village of Socorro. Ecclesiastically speaking, the parish church was Nossa Senhora do Socorro, at Zosvaddo, Socorro; Porvorim was served by the Candelaria chapel near the market, and by the Holy Family chapel (now an independent church) higher up, in Alto Porvorim.